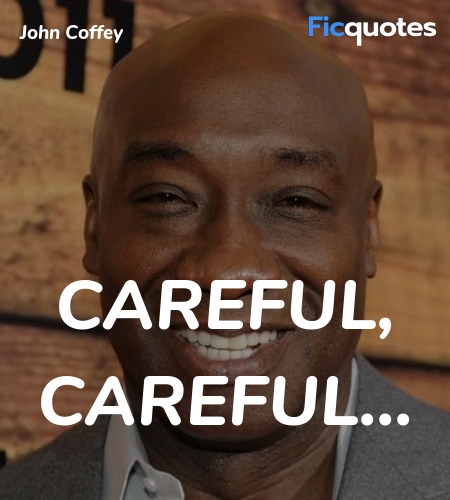 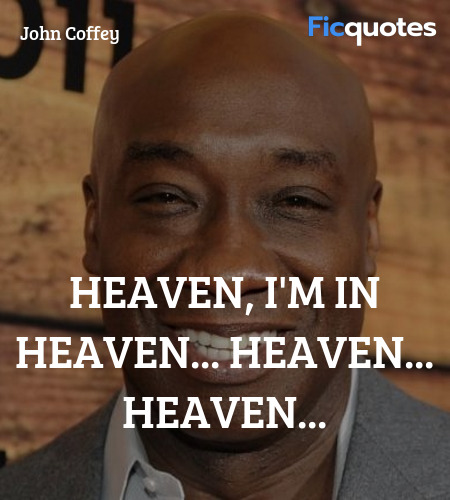 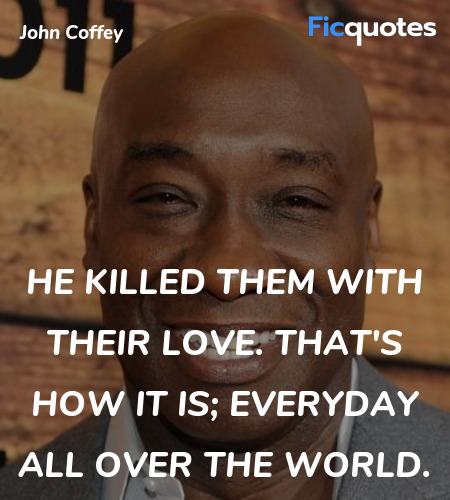 He killed them with their love. That's how it is; everyday all over the world. 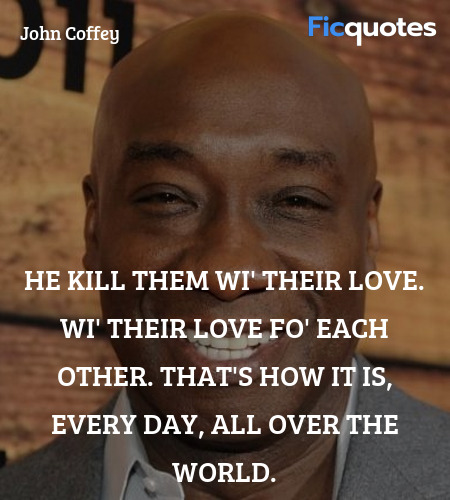 He kill them wi' their love. Wi' their love fo' each other. That's how it is, every day, all over the world.

The man is mean, careless, and stupid. Bad combination in a place like this.

People hurt the ones they love. That's how it is all around the world.

Wipe your face before you get up, Dean.

Toot, one more remark like that I'll have Van Hay roll on two for real. And I'll have one less crazy old trustee in the world.

Please boss, don't put that thing over my face, don't put me in the dark. I's afraid of the dark.

He's chokin'. Whatever he sucked out of her, he's choking on!

Honey, if you don't tell me what's on your mind, I'm afraid I'll have to smother you with a pillow.

You can't hide what's in your heart

I tried to take it back... but it was too late.

Do you leave a light on after bedtime? Because I get a little scared in the dark sometimes. If it's a strange place.

Take my hand, Boss. You see for yourself.

Oh you one evil son of a bitch!

Percy Wetmore: Adios, Chief! Drop us a card from Hell, let us know if it's hot enough...
Brutus "Brutal" Howell: He's paid what he's owed; he's square with the house again, so keep your goddamn hands off him!

I just can't see God putting a gift like that in the hands of a man who would kill a child.

Percy Wetmore: You switched 'em. You switched 'em somehow, you bastards.
Brutus "Brutal" Howell: Yeah I always keep a spare mouse in my wallet for occasions such as this.

I let Harry take those chains off you... you gonna be nice?

Seeing a man die isn't enough for you, you gotta be close enough to smell his nuts cook?

We'll be doing this for real tomorrow night and I don't want nobody to remember some stupid joke like that and get it going again. You ever try to not to laugh in church when something funny gets stuck in your head? Same goddamn thing.

You watch, you son of a bitch!

Dean Stanton: Well? What about Mrs. Moores? Was it like the mouse? Was it a... you know, a miracle?
Paul Edgecomb: Yes. Yes, it was. Damn...

Paul Edgecomb: What do you want me to do John? You want me to let you run out of here, see how far you can get?
John Coffey: Why would you do such a foolish thing?
Paul Edgecomb: On the day of my judgment, when I stand before God, and He asks me why did I kill one of his true miracles, what am I gonna say? That it was my job? My job?

A big man is ripping your ears off Percy. I'd do as he says.

I've done some things in my life I'm not proud of, but this is the first time I've ever felt in real danger of hell.

Arlen Bitterbuck: Do you believe that if a man repents enough for what he done wrong, than he'll get to go back to the time that was happiest for him and live there forever? Could that be what heaven's like?
Paul Edgecomb: I just about believe that very thing.
Arlen Bitterbuck: I had a young wife when I was eighteen. We spent the summer in the mountains, made love every night. After we would talk sometimes till the sun came up, and she'd lay there, bare breasted in the fire light... that was my best time.