Directed by: Todd Phillips
Written by: Court Crandall, Todd Phillips
Starring: Luke Wilson, Vince Vaughn, Will Ferrell
Released on: February 21, 2003
Taglines: All the fun of college, none of the education. 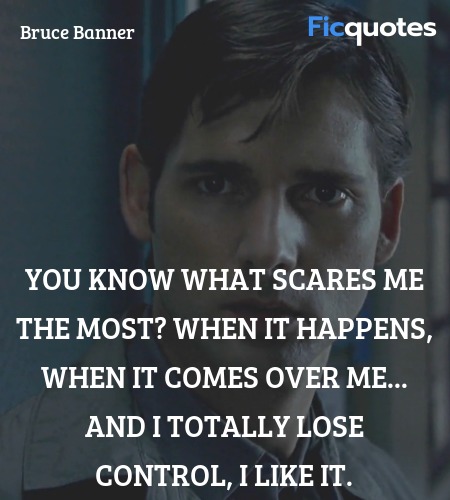 You know what scares me the most? When it happens, when it comes over me... and I totally lose control, I like it. 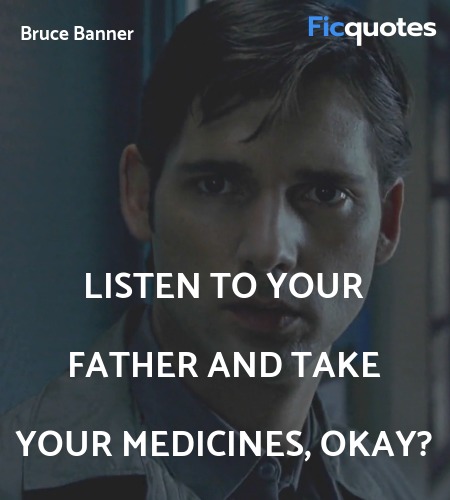 Listen to your father and take your medicines, okay? 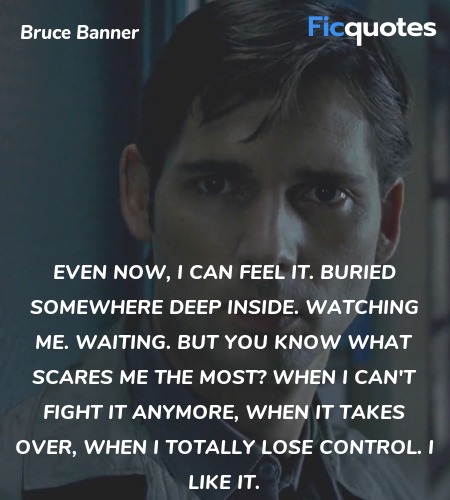 Even now, I can feel it. Buried somewhere deep inside. Watching me. Waiting. But you know what scares me the most? When I can't fight it anymore, when it takes over, when I totally lose control. I like it. 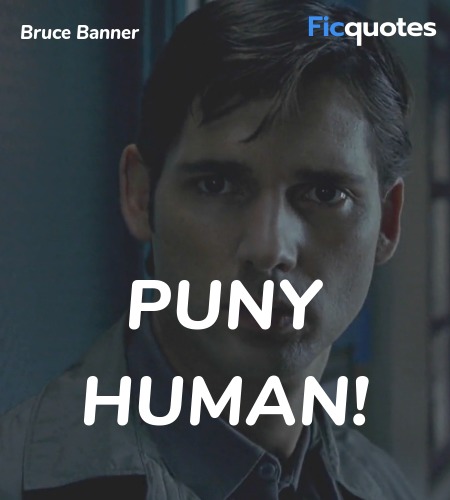 Okay, you've got him now. Take him on a ride to the top of the world. Let's see what the thin air will do for him.

You are cleared to fire on target, Legend.

Father : Sleep, Bruce, and forget forever. Struggle no more... and give me all of your power.
Bruce Banner : You think you can live with it? Take it! TAKE IT ALL!

Betty Ross : All you've given Bruce is fear. Fear of life.
Father : Fear. Perhaps, Miss Ross. And loneliness, too. Yes. I feel them both. But I have lived completely once. I was so much in love. And she so much wanted a baby. My baby. I could tell from the moment she conceived that it wasn't a son I had given her, but something else. A monster, maybe. I should have put a stop to it right then, but I was curious, and that was my downfall. And as I watched this tiny life unfold, I began to imagine the horror of it, and my curiosity was replaced with compassion. But they took away my chance to cure him. Your father threw me out. I remember that day so well. Every moment. Every sensation. Walking into the house. The feeling of the handle of the knife in my hand. I knew I was doing a father's work, fulfilling a father's mercy... but then she surprised me. It was as if she and the knife merged. You cannot imagine the unbearable finality of it. And in that one moment, I took everything that was dear to me and transformed it into nothing more than a memory.

Bruce, hey. Are you there? Look, um, I think I screwed up. My father - It's like he suspects you of something. I don't know. I was so impatient, like always. I didn't hear him out. I don't know, I - I just think that they're planning something with the lab. So, um, uh - Call me. Okay? Bye.

Ross : Shut down all power to the main hall.
Technician : Sir?
Ross : Show him the way out. We'll fight him outside.

F-22 Pilot : I think I can come back around for a gun attack.
Ross : Acquire a clear target, fire at will.

F-22 Pilot : I think I can come back around for a gun attack.
Ross : Acquire a clear target. Fire at will.

We hope you enjoyed reading Hulk quotes. Browse other movie quotes on Ficquotes also. If you think we missed any quote from Hulk, please send it to us so we can expand our collection of the best Hulk quotes.